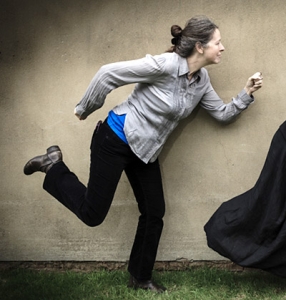 Polly Thomas is a leading producer and director, based in the UK, specialising in radio but working across several media.

Highlights of her work for radio include: Writing the Century, the BBC Radio 4 Woman’s Hour drama series charting the 20th century through letters and diaries (with Vanessa Rosenthal); the simultaneous relay on Radio 3 of five new plays from the Royal Court Theatre London during the theatre’s fiftieth anniversary celebrations; devising and co-producing for Radio 4 an adaptation of Hugo’s The Hunchback of Notre Dame (together with Graeae, Alex Bulmer and Jack Thorne); the executive production for the European Broadcasting Union of The Unexpected European, and the executive production of the radio plays of celebrated film-maker Terence Davies’ radio plays for BBC Radio. Other significant projects include A Girl Called Jack (Sarah Daniels) and Frank Skinner’s BBC Radio 4 series, Don’t Start, When Elvis Met the Beatles for BBC Radio 2 and In the Shadow of Kafka season for BBC Radio 3.

Polly is the co-founder (together with Gary Carter) of Thomas Carter Projects, an international media and performance company. Her theatre work with the company includes Neil Bartlett’s 24 Hours of Peace, a durational performance relayed live from Manchester Royal Exchange Theatre on Resonance FM; Hush…?/Adam’s Apple, a music theatre work about voice and gender identity (with Alex Bulmer and Errolyn Wallen), The Pandora Effect (Gary Carter) for Fierce and Chelsea Theatre; Anger Is Not A Place I Like To Be (Carter) for Fierce, and The Masque of Water (Carter) for Queer Up North and Fierce.

In the Nineties, Polly Thomas was the Executive Director of Brouhaha International, the Liverpool street theatre festival, producing amongst other events, Invisible Cities (Teatro Potlach, Italy), a three-day large scale site specific performance by 400 international/UK artists and community groups on the banks of the River Mersey.